Yesterday, hoping to slow his public opinion nosedive two weeks ahead of the Michigan primary, Mr. Romney attempted to defend his infamous 2008 "Let Detroit Go Bankrupt" editorial with a second editorial in the Detroit News. 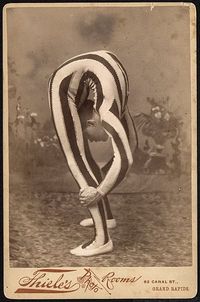 In his new valentine to Michigan and the auto industry, Mr. Romney somehow managed to simultaneously take credit for and attack President Obama's successful 2009 bailout of the industry.  Witness (my emphasis):

Ultimately, that is what happened. The course I recommended was eventually followed. GM entered managed bankruptcy in June 2009 and exited it a month later in July.

By the spring of 2009, instead of the free market doing what it does best, we got a major taste of crony capitalism, Obama-style.

"They did what I told them to do, and it was a disaster."

Not only was yesterday's editorial internally inconsistent, it was also inconsistent with Mr. Romney's 2008 editorial, which actually called for increased goverment involvement and investment, rather than simply leaving the "free market" to its own devices.

On Monday, Mr. Romney pre-empted President Obama's 2013 budget release in an e-mail to reporters (my emphasis):

This week, President Obama will release a budget that won’t take any meaningful steps toward solving our entitlement crisis.

The president has failed to offer a single serious idea to save Social Security and is the only president in modern history to cut Medicare benefits for seniors.

I believe we can save Social Security and Medicare with a few common-sense reforms, and – unlike President Obama – I’m not afraid to put them on the table.

Then he attacked Mr. Obama again for addressing entitlement spending.

Then he attacked Mr. Obama a third time for not addressing entitlement spending.

And to make Mr. Romney's linguistic artpiece even more mind-blowing: all three assertions are demonstrably false.  Mr. Romney is lying.

Second, the Affordable Care Act did not cut benefits for seniors. It created provider-side efficiencies which reduced future Medicare spending to the tune of $500 billion.

Finally, Mr. Obama proved all-too-willing to put entitlement reforms "on the table" during last year's debt ceiling negotiations.  (It is worth noting that Republicans walked away from the difficult discussions, not Obama.)

Mr. Romney was already renowned for his serial flip-flopping.

It seems that Mr. Romney has now taken his fact-free postmodern candidacy to a new plateau with his most recent linguistic art project.